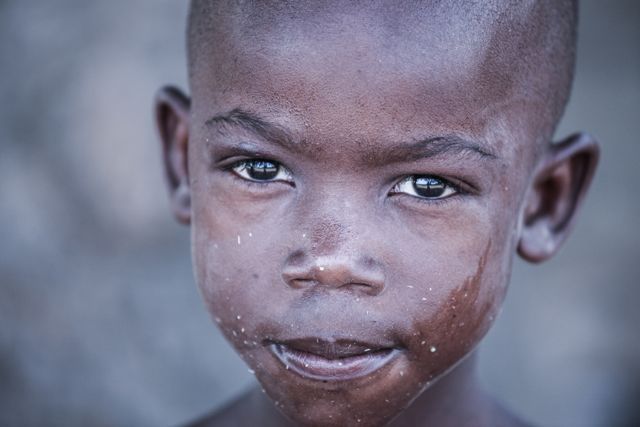 Haiti has a special way of making a week feel like a month and perceiving progress happening in reverse.

Trying to describe Haiti to someone that has never been here is a real challenge. Words alone aren’t enough. You need some kind of photographic proof and that’s just to reassure yourself that what you saw was real. Haiti could be thought of as a combination of South-East Asia, Africa and South America but without the proverbial foot on the ladder of progress and development. It’s is held down fighting an internal war for survival. Flaming rubbish in new found dumping grounds, stripped cars and truck carcasses littering the main streets, serve overcrowding of vehicles made worse by children riding on the roof ducking low hanging branches, pigs and goats scouring the trash for something to eat, some women walking with buckets of water on their head and others sitting on the road selling handfuls of mangoes, bananas and whatever else they can get their hands. The more you reflect, the more it’s depressing.

I can hardly imagine what the place would be like if foreign aid, investment, the UN and humanitarian aid organisations disappeared totally, like the New York Times, CNN and Washington Post journalists after the tragic 7.0 earthquake of January 7th 2010 – that displaced millions and claimed almost 300,000 decimating Port-Au-Prince – was no longer considered “news-worthy”. The struggle of Haitians living without clean running water, electricity or food to sustain basic nutrition is even harder to comprehend when you think how well its island neighbour the Dominican Republic prospers in comparison.

What’s driving Haiti’s lack of development and daily chaos? Is the government to blame? Or is it something ingrained in the people? Or all of the above? I don’t now but without a doubt 32 coups in the past 200 tumultuous years must have tainted the social landscape. It’s not something I’ll work in 6 months! One night sitting on the roof of Louka Breda – my housing compound which we share we other NGO staff and UN officials – after work with a “Prestige”, the 2000 ‘award winning’ beer of Haiti, looking over the outskirts of the city of Cap Haitian thinking about the plight of Haiti that I remembered an assignment that my mother gave her high-school students – paint an animal that Noah forgot. Maybe Haiti is a country that God forgot, despite a hugely devoted religious population.

Even as an expat knowing that my time in Haiti is temporary it’s a struggle. The place’s chaos tests patience levels and is constant drain on energy. I find it hard to think that only 6 months ago I thought that living in Lima, Peru was a shock to the system. Lima (especially San Isidro, Miraflores and Barranco), in comparison, is a dream, with the mod-cons of electricity, clean water, internet, rubbish collection, giant supermarkets and the token StarBucks for the homesick Americans. In Cap Haitian, each night, there’s an imaginary roulette to see which ‘basic’ resource, water, power or internet is not available. During my first week at Camp Breda I was lucky enough to have the trifecta for 3 days in a row.

At the end of 6 months in Haiti I’m sure that I will be able survive anything with my bounds tested and stretched over and over. It’s what I want despite my colleagues suffering a bout of swear words and white whines about a lack of resources, from time-to-time, particularly about the internet and not being able to upload my photos. I believe it’s so important to test yourself. I had the opportunity to take a significantly more cosy post in either Colombia or Nicaragua for the second half of the year but I chose the Haitian experience for the personal challenge of working in a country that I thought I would only see on t.v. and being a part of the incredible Meds & Food for Kids.

Meds & Food for Kids, which is a portfolio company of LGT Venture Philanthropy, is a non-profit dedicated to the treatment and prevention of childhood malnutrition in Haiti. They produce a variety of Ready-to-Use Therapeutic Foods (RUTF) based on a peanut-butter paste (Plumpy’nut) filled with key vitamins and minerals critical for childhood development and its impact is phenomenal. After six to eight weeks, a child treated with RTUF has an 80% likelihood of recovering from severe acute malnutrition, whom without such treatment would have up to a 20 times greater likelihood of dying before their fifth birthday. I also have to add that the product tastes great too, with my fair share of taste tests in the past week. If only I could find some ice cream to pour it over!

I’m very proud to be associated with such an important mission and working directly Haitians and an incredible group of inspirational American expats, Pat (the Founder), Tom, Jamie, Jennifer and Gaby. These expats offer a true home away from home. There are no attitudes to get in the way of a hard day which can be too emotional to cope with. There’s no other option. We live together, travel to work together, eat breakfast, lunch and dinner together, spend the weekend together and most importantly laugh together! It works because subconsciously we all acknowledge the large sacrifices each of us made and continue to make working at Meds & Food for Kids in Haiti. It serves the base of an unwritten bond that we share every time there’s another ‘only in Haiti experience’, whether it’s fighting in the open market for the weekly shopping list, seeing trucks, buses, motors and people almost colliding with our 4WD every minute on the way to work, plastic bottles being thrown off of vehicles, live chickens tied to rope draped alongside a car, or worse, watching a farmer beating a cow in the face with a stick in the middle of the road because it will not get up as it has a bad leg. If there is such a thing, I would call this place is visually tiring.

However, amongst the daily heartache, Haiti offers an oasis, Cormier Hotel, a beachside resort, which offers the perfect all-day Sunday release for the weary ‘solider’ – sand, surf, warm water (25 degrees), wholesome food and Cormier Punches (overload with rum). Perfect before waking up on Monday at 5:30am for another 50+ hour workweek making a small difference in the life of the Haitians.

Lastly, as usual I have a whole stream of photos highlighting life in Haiti.