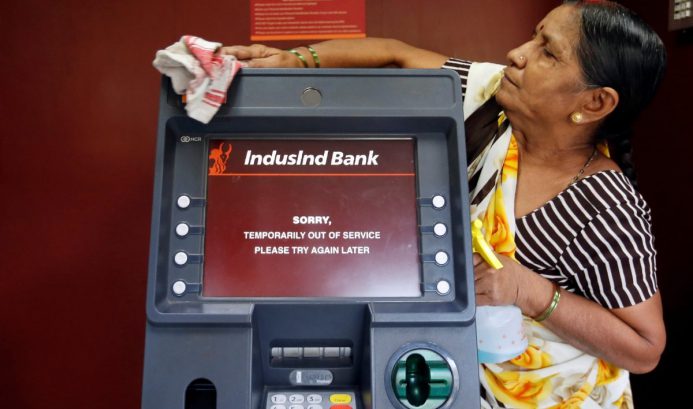 I remember the exact moment it started. My bank card got rejected from every ATM I tried to use. The screen displayed the same message without explanation: “Transaction declined.” I thought it was a little strange but didn’t think much of it really. I thought it was just a temporary glitch in the system. Little did I know what was about to unfold…

In an unscheduled televised address to the nation on November 8, 2016, Prime Minister Narendra Modi announced to a stunned India that within just a few hours their 500 and 1,000-rupee notes (worth approximately $7 and $15 respectively) would no longer be legal tender. Those notes were the country’s largest-denomination bills and the foundation of a huge underground economy and estimated to be 86% of all the cash in circulation in India. In the government’s bid to crack down on “black money” (unaccounted for cash holdings that haven’t been taxed but under Indian law should be), within just a few short hours the country would be immersed into chaos.

For the first couple of weeks I watched as all financial hell broke loose. I saw lines of people stretching down streets and wrapping around corners waiting to use ATMs that would often run out of cash. Many ATMs where I lived and worked didn’t have cash in them or were out of order. Most banks weren’t fully operational and US dollars were hard to exchange with money changers taking advantage of the situation offering rates well below the official exchange rate.

Indian policemen stand guard as people queue up outside a bank to exchange and deposit Indian currency of rupees 500 and 1000 denominations in Ahmadabad, India, Thursday, Nov. 10, 2016. Delivering one of India’s biggest-ever economic upsets, Prime Minister Narendra Modi this week declared the bulk of Indian currency notes no longer held any value and told anyone holding those bills to take them to banks. (AP Photo/Ajit Solanki)

For several weeks the most basic transactions were complicated because there was a shortage of smaller bills to make change for the new 2,000 rupee notes that were issued. And generally speaking there was a shortage of available money for a population that is used to dealing mostly in bank notes. As India slowly ground to a halt there were stories in the media how weddings had to be canceled, farmers couldn’t buy seeds, employers couldn’t pay their workers, hospitals couldn’t admit patients and families couldn’t buy food. Of course not everyone was affected and many people were completely unscathed as they either used or smoothly transitioned to electronic payment options. But for the hundreds of millions of people who do not have those options or who live hand to mouth and paycheck to paycheck, needless to say this was a difficult and tumultuous period for them.

As I’m writing this a year after it happened, I have to say that in retrospect India seems to have pulled this economic earth shaking move off and did so very quickly. The initial panic that set in when demonetization began in November of 2016 only lasted for a couple of months. By January of 2017, from where I could see anyway, banks were up and running again, ATMs were fully operational and cash in circulation was up to pre-demonetization levels.

Whether or not demonetization really worked or not depends upon whom you ask. Proponents will tell you that counterfeit money that was in circulation prior has been completely wiped out and that demonetization successfully coerced many into opening a bank account and to become familiar with and use electronic payment systems. Opponents will tell you that the black economy is still flourishing, counterfeiting is still happening albeit with the new notes, and that 97% of demonetized notes were turned in meaning that most of what was thought to be “black money” was in fact just swapped out for new currency. I’m sure the arguments will rage on as most do, but one thing that shouldn’t be ignored or underestimated is how India held it together. With virtually no violence or looting, the country muddled through this and successfully came out the other end. In all honesty I can say this could never be pulled off in my country (the United States) without massive chaos, unrest and most likely violence.

Although it complicated my life for a couple of months, I’m glad I was both a witness and participant to what happened. I feel like I experienced something historic and it gave me yet another window on watching how India just keeps rolling along no matter what.