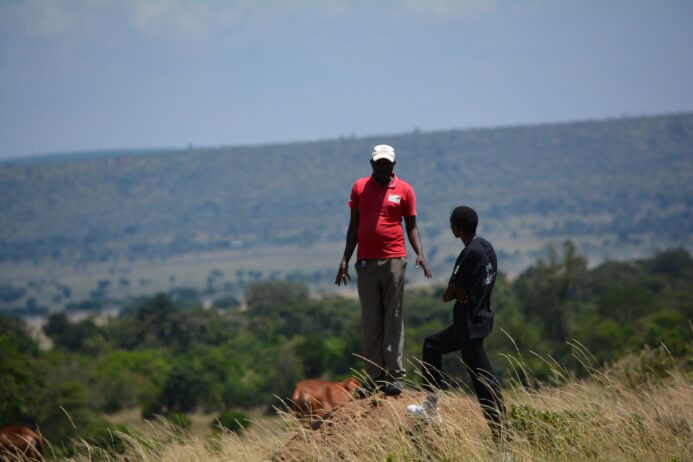 When we were young boys, our grandmother used to narrate to us a story about the lion and the elephant. The story goes like this:

Lion, the greatest hunter in the grasslands, had for the longest time been craving to catch a baby elephant. He, even after employing all his unmatchable hunting techniques, had never succeeded. Lion would spot the baby elephant and just as he was about to pounce, the baby would magically disappear. Lion became so angry that one day he approached the matriarch and asked, “where do you hide your little ones whenever I come around?”. The matriarch, with her sharp wit, replied, “can’t you see I am too old to have little ones!”. Lion proceeded to keenly inspect underneath the matriarch’s belly, behind her large ears and around her majestic trunk but found nothing. He eventually walked off disappointed and never again tried to hunt her babies.

Elephants are one of the most progressive mammals on earth primarily due to their unique structural unit. They are led by a matriarch, the oldest and most dominant female in the herd. Her sole task is ensuring the growth and survival of the herd. Armed with the treasure of inherited survival knowledge and generational wisdom, she guides her herd through ranging patterns for food and water, employs protection protocols to avert the herd from dangers of predators and drought and guides younger females on how to care for their offspring.

Knowledge preserves life. It is the compass that dictates present success and future survival.

For a long time, indigenous voices and native knowledge have been absent, unrecognized and sidelined in the tables of conservation. This stems from the remnant culture of colonization that brought about fortress conservation. Fortress conservation is a conservation model based on the belief that biodiversity protection is best achieved by creating protected areas where ecosystems can function in isolation from human disturbance. The model presumes that communities living with wildlife are a threat to their survival. These sanctuaries have oftentimes been perceived by locals as a preserve for foreigners and the wealthy.

Detached from their lands and natural way of life, and no longer viewed as rightful stewards of wildlife, local and indigenous communities struggled to flourish; a struggle that continues to the present day. However, the fortress philosophy is slowly being eroded by more accommodative and inclusive systems such as conservancies which cement the fact that conservation in absence of communities is unsustainable. Conservancies are institutions based on a co-existential model whereby people and wildlife live, benefit and thrive in a common environment. The conservancy model allows for inclusion of local and indigenous knowledge in implementing conservation.

The Congolese have a proverb that says ‘You do not teach the paths of the forest to an old gorilla’. Indigenous communities regard nature with deep rooted awe and respect. 80% of the world’s biodiversity exists on lands managed by indigenous peoples. For them, protecting wildlife is second nature. Their diverse cultures are birthed out of the elements of nature; whether it is the dances, spiritual beliefs, science or language, nature is always a kind source of  inspiration, information and ideation. It is uncontested that indigenous knowledge is key to conservation and that conservation cannot succeed without inclusion of indigenous and local communities. Part of placing these communities at the heart of conservation is ensuring the rightful recognition, utilization and mainstreaming of indigenous knowledge and information.

We must stop doing conservation for communities. We must have conservation done by the communities themselves because their indigenous knowledge, lifestyles and customs accommodate wildlife and protect natural resources.

Today, the two greatest challenges that present and future generations face are climate change and degradation of ecosystems. Our current living standards and economic development models are suffocating the life out of these ecosystems from which our life and livelihoods depend. This calls for the decolonization of the conservation and climate narrative to include the marginalized and excluded stakeholders who include local and indigenous communities. If we are to be successful in our efforts to mitigate the unrelenting impacts of climate change, more resources need to be channeled towards developing native knowledge and a nexus of science, technology and indigenous knowledge is paramount.

There are lessons that only nature can teach. And like the elephant matriarch, there are those whom it has thoroughly taught for thousands of generations. That knowledge may be our last hope in the battle against climate change and biodiversity loss. Our impetus is to listen keenly to the custodians who hold this time tested and tried treasure and utilize it to create sustainable solutions. Maybe then we just might survive nature’s relentless whirl winds.