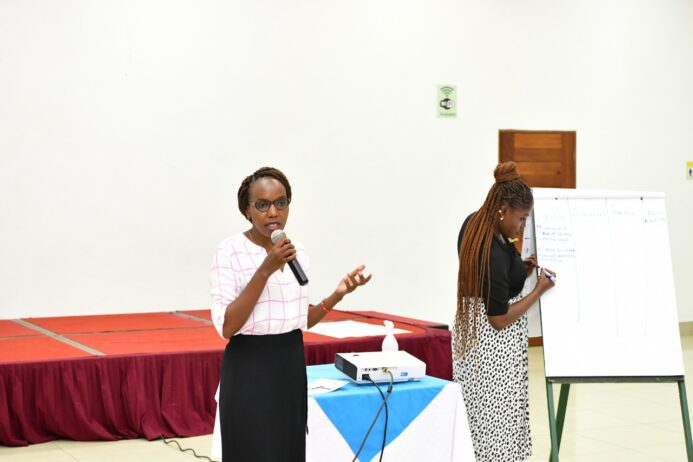 Kenya’s pastoralist communities have long lived harmoniously with nature, depending on natural resources for food, shelter and spiritual connection as is the case for many indigenous communities across the country. I grew up in such a pastoralist community in Northern Kenya. Guided by indigenous knowledge of human-wildlife co-existence, and deep respectful relationship with nature. Inherently, I knew humans were the stewards of nature; we left cattle troughs filled with water at night for wildlife during dry seasons, herbal plants were the first aid and the last resort when modern medication failed. We studied the direction of wind to avoid conflicts with Elephants and we observed wild flowers to know the onset of rain or dry seasons.

About 80% of Kenya is characterized as arid and semi-arid lands (ASAL) based on the relatively low amounts of annual rainfall received with pastoralism as the main source of livelihood for the over 13 million people residing in these lands. Livestock and wildlife share most of their ranges, it is commonplace to encounter the presence of cattle and large wild ungulates in a Kenyan savanna rangeland.

For a long time, colonial assumptions about pastoralists’ use of natural resources have been part of environmental policies and legitimized appropriation of nature. This brought a separation of people from nature, national parks and reserves became more heavily guarded with guns, indigenous communities like my own were treated by the law as encroachers, poachers and illegal herders. Their local knowledge of conservation was completely ignored.

This approach largely failed resulting in catastrophic declines in wildlife populations and waning community goodwill in conservation. In the past 30 years, Kenya has lost nearly 70% of its wildlife due to loss of space and connectivity, increasing development pressures and impacts of climate change threatening Kenya’s iconic wildlife, its multibillion-dollar tourism industry and livelihoods for rural communities.

Policy makers had to rethink the implementation of natural resources management projects, its interactions with pastoralists’ natural heritage and their future economies in the context of socio-ecological transition. This necessitated a shared wildlife governance with the people who live with wildlife, as a result, wildlife conservancies were established.

The 2013 wildlife law, which recognizes conservancies and encourages wildlife conservation as land use herald a new dawn. This has seen community and private conservancies increase from 59 in 2013 to about 200 conservancies today (2022) covering more than 7 million hectares, directly impacting the lives of over 930,000 households and securing the 65% of the country’s wildlife that is found outside national parks and reserves. Conservancies provide connected landscapes that complement national parks and reserves while enabling communities to benefit from wildlife management and in turn be the heart of championing conservation efforts.

In a conservancy, the community is the dominant decision-maker and enforcer. They democratically elect a representative board from the community which determines benefit-sharing mechanisms, drives the strategic development of the conservancy and oversee operations. Sub-committees on finance, grazing and tourism may be established to drive strategic plans and oversight. In some of the conservancy boards, Government agencies such as the Kenya Wildlife Service and Kenya Forest Service, conservation and tourism partners are represented as ex-officio board members.

This is really the best of both worlds: indigenous knowledge, practicality, priorities, and global scientific efforts coming together to protect biodiversity. Resulting in reducing and mitigating human-wildlife conflict, protect critical habitat and species, reducing impacts of development and creating incentives for wildlife protection while enhancing livelihoods. Benefits from ecotourism and other enterprises are channeled to community development projects, including: increased access to education through new schools and scholarships, improved access to healthcare, improved and more sustainable livestock grazing, leadership opportunities for women, and more.

It is therefore crucial that this harmonious co-existence of people and nature and the success of conservancies is sustained through favorable policy environment, support of local communities through recognition and facilitation of their frontline role.