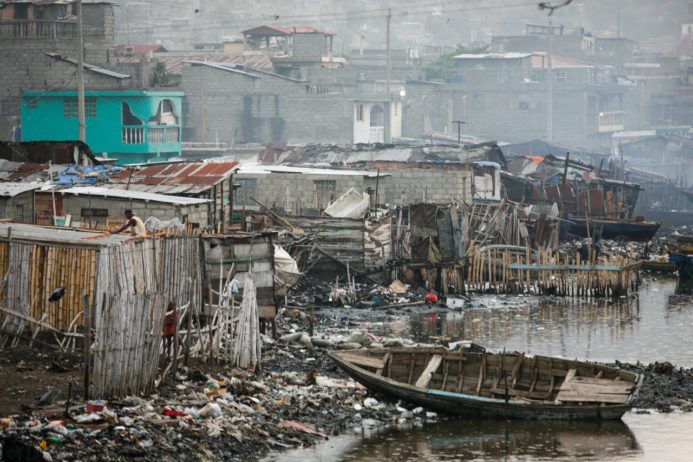 After the novelty of capturing photos worthy of the front pages of National Geographic, New York Times and Washington Post wears off the harsh reality of life in Haiti hits home. The lines “I’m so proud of you” and “I wish I could something like that” ring so empty when you’re surviving without clean running water, fresh fruit and vegetables, reliable electricity, phone, internet and trustworthy quality medical attention if heaven help you if get sick – beyond the weekly stomach pains from poor diet and food poisoning – or injured. When you’re totally disconnected to ‘life’s grid’, what magnifies the shallowness of such superficial lines of support is when you see these same people making obnoxious Facebook posts where they are either living an opulent life or making pathetic 1st World whines or both.

Being an iCat fellow for LGT Venture Philanthropy for me is a bona fide commitment to social impact investment and the transferal of professional skills to social entrepreneurs and enterprises seeking assistance to scale and become – most importantly – sustainable. In my case, I gave up a tenured finance professor position at university earning more than US$100,000 a year to be a 1-year fellow on $1000 a month with no proposition waiting for me in 2013. Undoubtedly, it was a big decision. But it’s definitely not a fellowship for an Ivy League grad to grab a few appealing lines to their curriculum by signing up and leaving after a month in a developing country because it’s all too hard. Nor is it for someone that thinks social impact investing is masquerading at a U$50 million foundation or suiting up, sitting in an air-conditioned office in Washington D.C., or Zurich for 8 hours each day and rehashing field reports for a phantom investor base. It requires real maturity, self-determination and willingness to experience a dangerous emotional rollercoaster.

Social impact at Meds & Food for Kids (MFK) in Haiti for me starts each morning at 6:30am, Monday to Friday (and sometimes Saturday), jumping into the back of an old white diesel Toyota four-wheel-drive with shorts, a t-shirt, flip-flops, MacBook Pro and 12-years of hands-on investment experience and 8-years as a university professor teaching undergraduate and postgraduate finance up top. What attracted me to the position was the role requirements: an enthusiastic and highly capable individual to refine and update the current business plan and financial projections as MFK moves through the process of scaling up operations through the installation of a new factory in Haiti – more than doubling output in 2012 and increasing ten-fold by 2015 and a desire to work in the exiting, unpredictable world that is Haiti. And that’s what got me excited and ready or so I thought.

But you can never know what the unpredictable world of Haiti means until you actually step foot in the country. Raw footage and snapshots of the earthquake that struck near Port-Au-Prince, the capital of Haiti, in early 2010 only provide a hint of what to expect. However, it’s hardly the same as actually hitting the bumpy road and driving 15 kilometres or 25 minutes to work each day passing tragic visions of a living hell and tainted smells resultant from a failed-state merry-go-round that become deeper and deeper etched into your consciousness. It the sort of thing would make even the most devoted Christian question faith.

Over the past few months, the excitement of adventure has begun to wear away and the sleepless nights have started to set in as I reassess my decision to join the fellowship program and ultimately be in Haiti. I’m sure that by New Year I will be highly appreciative of the experience and extremely proud of the work that I have done in the field but now it just feels different and irreconcilable.

The internal pressures have been enormous as I continually re-evaluate my place in the World and see my personal relationships severely tested and sadly eroded – it’s pressure that brings a tear to a grown man’s eye. My feelings are not from homesickness but a realisation how immature people in the Western World are to the plight of the average man. Eerily, I know that I was just as immature and inconsiderate when leaving university after my Bachelors in Finance and the end of 2001 where my biggest desire was to ‘go for greatness’ and earn US$1 million, invest it in low-risk bank deposits and live off the interest – how grand?

As much as I feel rewarded by my work at MFK, preparing the business for immediate sustainability and significant expansion, I realise that come December it’s time to checkout. I cannot live here anymore unlike, sadly, the typical Haitian that is trapped, hoping for better days. For me, I miss too much my connection to the World at large, contact with friends and family and the priceless feeling of 1st World capitalism at my fingertips. It’s not that I want to be greedy but it’s nice to know that little pleasures are always there to soothe desires – if need be – much like the sugary, caffeine infused bottle of Coke, in Haiti, that works magic in boosting those frequent draining and distressing days.

Whatever happens post 2012 with my involvement in social impact investment space I can assert with conviction that beyond overcoming neurotic thoughts I have made a small noble mark on the World and likewise it has made an extraordinary impression on me. In sharing my experience I can only hope I inspire others to truly challenge themselves over-and-above the trivial decision to make a larger one time tax-deductible donation, next disaster or charity appeal and commit to a year of their privileged lives to the field.