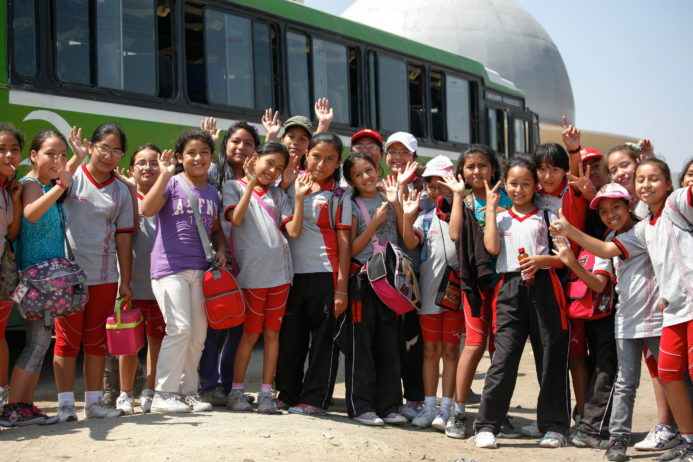 It’s a lazy Sunday here in Peru. For me it’s a chance to just catch up on things that I didn’t get around to finishing during the past week. Living away from home there is always an endless stream of emails to respond too and Skype calls to make. I always like to allocate time just reading a book (the electronic kind on my Kindle), watching a documentary or movie and editing photos from the day before. It’s my way of getting mentally prepared for the week ahead.

As for Saturday I like to make it more active by exploring the best and sometimes worst and accidentally the most dangerous parts of Lima and the surrounds. Yesterday was definitely a highlight. I went with Nacho, a friend from the iCats program, to explore the Chorrillos District of Lima, home to the giant Cross (illuminated at night), a much smaller version of Rio de Janeiro’s Christ the Redeemer and the planetarium all perched up on the hill. On a clear day, unlike yesterday’s endless fog and haze, there is a panoramic view over the bay of Lima and Chorrillos.

It was at the planetarium that humility struck. Upon entering the planetarium we were met by 100 year 5 and 6 girls and boys from Alfonso Ugarte private school on a weekend excursion. They were just finishing up the visit and were running riot around the circular building with their phones and cameras in hand busily snapping final photos of everything they could. It was while picking up and dropping a “space rock” (that weighed a tonne) that I aroused the kids’ attention. One asked in Spanish, where are you from? I responded Australia. Ooooohh was the reaction. They couldn’t believe it. An Australian. Word spread amongst the group. More and more kids starting coming up and asking where I was from – others just stood back and asked their friends where did I say I was from. It was crazy. I felt like Justin Bieber being swamped by fans. They wanted to know more about my homeland. What’s the capital, which city do you live, what’s the currency and it’s true you have kangaroos and koalas? It was really something special, one of those random events that strikes a cord. It made me proud to share where I was born.

I just hope that one day they can all see and experience the great land down under from themselves.