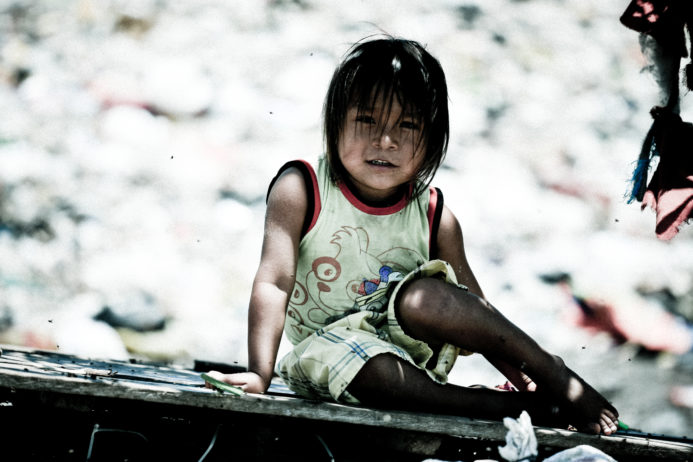 On March 1st, I went to Sullana in the city of Piura,  northwestern Peru, near the border with Ecuador, to capture photos for the upcoming Grupo Ciudad Saludable promotional and fundraising campaigns.

It was the first time that I had experienced a true ‘botadero’ (which in translates in english to a landfill or rubbish dump). The pungent smell, the thousands of flies, and the toxic black smoke from the rubbish in flames made the experience overwhelming. But the most disturbing part of the day was to see people, including the little girl in the photo, live in what could be best described as a ‘war zone’. What a life? For this little girl positioned on an old wooden table while her parents sorted rubbish looking for recyclables to sell, what would be her future? I couldn’t stop wondering. It was a very touching moment in my fellowship and highlighted for me the great importance of NGO’s such as Grupo Ciudad Saluable in changing lives through providing the disadvantaged with at a bare minimum, dignity.

Further photos can be viewed at www.flickr.com/proimos